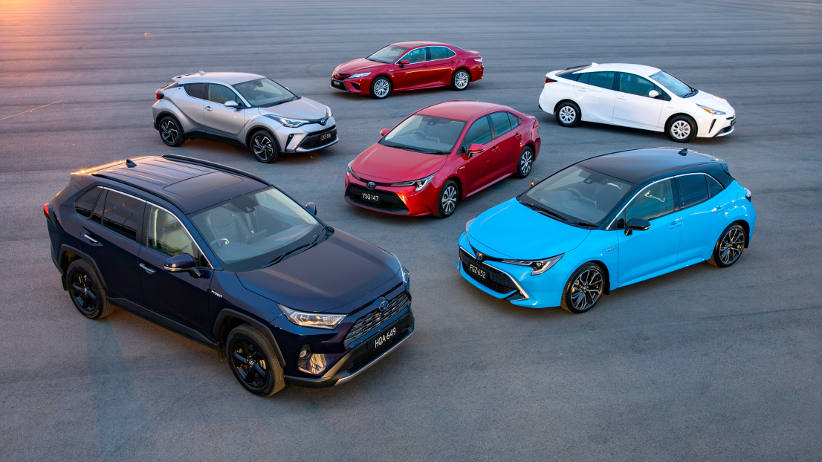 When we’re talking ‘quiet’, not only are we talking about how loud your vehicle may sound. We are also speaking of the gradual increased market share of Hybrid vehicles in today’s motor industry. There are various reasons for this increased market share, including fuel savings, improved green credentials and an increase in models available. Australia’s top selling car brand, Toyota, has been leading the way.

According to Toyota, buyers of hybrids vehicles are making significant fuel savings compared to buyers of the more standard internal combustion engine. Many companies who adopted hybrid technology as part of their fleet mix have experienced the benefits. These typically include fleet buyers of the Prius and Camry.

Toyota sold 27,846 hybrid vehicles in 2019. Based on fuel emissions data from the Australian Design Rules and Australian Bureau of Statistics those hybrids sold by Toyota in 2019 will consume 8.5 million litres less in fuel than their petrol equivalent models.  That’s a lot of fuel!

Better for the environment

It stands to reason that if you’re saving that much in fuel consumption each year then you’re cetainly having a positive impact on the environment. In fact, based on the figures above, drivers of hybrids will prevent more than 20,000 tonnes of carbon dioxide entering the atmosphere in 2020.

“Our fleet clients are really enjoying the savings when they make the switch to hybrid vehicles in their fleets.”

These impressive figures are based on just a single year. Toyota hybrids have now been on sale in Australia since 2001, totalling more than 120,000 cars sold since their introduction to Australia. In 2019, hybrids accounted for more than one-third of all Corolla sales and more then half of all Camry sales.

So with all the benefits that come with purchasing a hybrid vehicle there must be a catch somewhere? They must be more expensive, have inferior inclusions or accessories?

According to Alliance Fleet, Team Leader – John Baker, the build quality and accessories are the same, apart from the added hybrid technology.

“The Toyota hybrid models are the equvialent of the petrol model in basically every way. It is their hybrid technology that sets them apart with improved fuel savings and emissions. Our fleet clients are really enjoying the savings when they make the switch to hybrid vehicles in their fleets.”

Indicative figures show that hybrid vehicles are approximately $2000 more expensive than their petrol equivalents. When you look at the savings of driving a hybrid this is less of a concern. A Camry Hybrid Ascent Sport could save you $560 a year whilst also reducing your carbon footprint. It doesn’t take long to realise the value of these great vehicles.